Insights: Adapting to the Needs of Evolving Communities

Insights: Adapting to the Needs of Evolving CommunitiesHannah BainDecember 2, 2021December 9, 2021

I first visited Kibera in 2012. I was working on education initiatives in Tanzania for a UNC-based student-run nonprofit and decided to travel to Kenya to visit my friend in Nairobi. While in Kenya, I remember meeting Norbert, the CFK grants manager at the time, at CFK’s main office.

Norbert shepherded me through narrow winding dirt pathways as I got glimpses into people’s lives – children playing, elders preparing chai on open stoves, and mothers hanging laundry on the lines.

Norbert easily navigated the winding pathways to the sorting centers first, where women sorted through endless bundles of plastic that were delivered daily from the community and were sent on for processing and recycling. We also visited the bone craft workshop, an entrepreneurial initiative that grew out of CFK, and the Tabitha Medical Clinic, a CFK facility focused on meeting the healthcare needs of the community.

As we walked through Kibera, several youth greeted Norbert with a handshake popular in East Africa as Norbert asked them how they were doing. He later told me that the young people were part of CFK’s youth program and that a lot of people in the community knew him because of the work CFK was doing to empower local youth.

After my first visit to Kibera, I remember leaving inspired by the programming and impact CFK had in the community. In fact, I wrote the following to my friend in an email after my visit:

Kibera looked like a very bustling and vibrant community, and I can tell CFK’s work has helped to empower community members to play a more active role in the community.

Flash forward to 2021, nearly 10 years later, and I was fortunate enough to return to Kibera to see CFK’s work again. When I arrived to the new Binti Pamoja office in my Uber to meet Keith, a program officer in CFK’s Entrepreneurship and Economic Development project, and Ann, CFK’s partnerships manager, I barely recognized Kibera. A wide road cut through the community with shops lining it on either side. Keith shared that the road through Kibera allowed community members to reach the Tabitha Clinic more quickly, including through emergency care transport, which CFK often facilitates through its ambulance. The road also connected Kibera to surrounding communities, providing more access to goods and services.

He then led me down the wide road to the Tabitha Clinic, where the staff shared more about how they have expanded their malnutrition program and programs focused on collaborating with community health workers and the CDC to provide much-needed care to Kibera’s children and community members. Such care includes vaccinating against COVID-19, a critical need particularly in underserved communities during the pandemic. Finally, we ended at the Young Health and Wellness Centre, which I remembered as CFK’s main offices from 10 years ago, where staff members told me more about their youth programs focused on empowering out-of-school and at-risk youth.

During our walk, Keith greeted a few youth, this time with a fist bump or foot shake, one of whom is a beneficiary of CFK’s services and sometimes uses the wi-fi at the offices to take coding classes and do freelance developer work.

The Evolution of Kibera & CFK

Although both Kibera and components of CFK’s programming have changed over the past 10 years, it was equally inspiring during my second visit to see the same leadership, ‘people-first’ focus, and passion CFK staff have for empowering the community and serving as a consistent, stable presence in a sometimes-chaotic environment. As Keith described how CFK’s programming has evolved over the years, it was clear that the organization has maintained its original vision while adapting to meet the needs of the community as it grows and develops.

Having worked with several US-based nonprofits operating in East Africa, I understand the extreme care that goes into finding the balance between local leadership and input from foreigners far removed. To be successful (and in CFK’s instance, for 20 years!) it takes a special team that understands the nuances required to get stakeholder buy-in and community support while still realizing the impact and carrying out the intended vision. It’s a balance that necessitates reinventing yourself as an organization to adapt to and meet the needs of the community. Perhaps most importantly, it requires a local staff that is dedicated to community development and can bridge the understanding and respect between international and local intervention and an international staff that is humble and understands the appropriate limits of their involvement. I look forward to following CFK’s continued journey and service to development work in Kenya and beyond.

Anneliese Gegenheimer is a Manager of Transaction Services at K&M Advisors, a firm focused on international energy projects in emerging markets. She has worked on education and health initiatives with several US-based NGOs in East Africa, including Students for Students International, DukeEngage, and Sustain Foundation. She recently gave a TEDxYouth talk on why innovation is a powerful tool for young people. 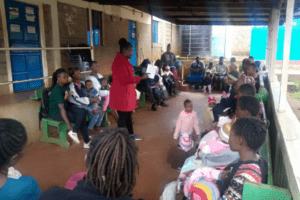 The Power of Lishe Bora: Meet Edith & Lexi
When Edith realized her daughter was underweight, she reached out to our nutrition program for help. Less than a year later, her daughter was successfully discharged and is now able to enjoy a happy, healthy childhood. 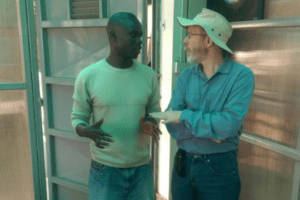 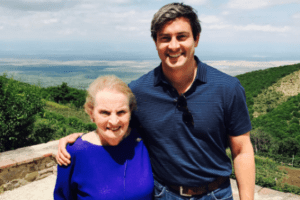 What we learned from our friend Madeleine Albright
We were fortunate to have Madeleine Albright as a member of our Global Advisory Council. Co-founder and board chair, Rye Barcott, reflects on his friendship with Secretary Albright and shares three lessons we can learn from her life of service.
Read more stories